The Mission of Chambal Ghati - 1

The Mission of Chambal Ghati

sun on the head, but no such indication from the policemen that there will be any arrangements for food and water soon. If both were in bad condition, they would have eaten twice if they were home, but could not get here from Bhinsare to Kaleau.

"Man Lalla, people are like Sanchou Bade Jimim Dias, it is over two days, the days return, and others have asked for bread and water." The blisters split apart in the foot of ghetto in Behada. "Girraj whispered to Lalla.

"Yes, if he did, he would have been fine, he would have taken care of Khayeve-Pivo from the TEM table." Lalla himself was also feeling hungry at this time.

Raghubanshi, the great javelin running right behind, placed his stick on Girraj's shoulder, "What a Khusar-pusar! Walk silent ... and why are you not showing the place where the robber people hide! "

"They are looking for only the policeman." Now the rainy water changes the map every year to Behad, so it is difficult to identify the real place. ”Shirly Girraj shrugged. They could not understand the true nature of this person who changed mood every moment in three days.

At this time, they were climbing a straight hill. They were both at the forefront, behind were two police dogs, and behind them were fifteen and twenty policemen loaded with equipment. And while giving coverage to this entire group, with their guns ready, there was an armed contingent of fifty soldiers of SAF staring all around.

There was danger all around. The enemy could be hidden in every bush and every dhoo. I do not know where the bullet came from and some people were sitting.

But everyone reached the car safely.

Going up, the hill had become somewhat flat - there was a small terrace-like plain about twenty-five-thirty cubits wide. There was a bag in front and something was seen in the bag from a distance. There was deep silence all around.

Raghuvanshi yelled suddenly - "Our people are moving in the right direction." Those people were here last night. Look at how many marks there are on the hill. These baskets filled with cigarette stub, that half-naked wood, and that look was a chop and chop. They have stuck something on the stone, that bag will also give some clues to us, is it Sinha. "

- "Look with a little handle, Lala, Baginn kou bum-fum na dharadao hoye." Elder soldier Imratlal warned Hetam, then he stepped forward, he retreated, "I do not see you, my dear, these showers . ”He targeted Girraj and Lalla.

"Chala re fat lala, you see! Tell what your friends have kept in this bag! "Raghuvanshi dismissed the order to Girraj.

"Nisfikar Raho Daroga ji, there is no bomb-and-butter turtle in it." In the bag, the old unicorn would be snubbed.

... and, literally a lot of torn old clothes started dripping from that bag, tied up like a surge and finally a pair of shoes also fell down.

-''Oh no ! Khuda mountain came out Look, Sinha, after all this exercise, we got this extra thing. ”Raghuvanshi was annoyed and Girraj and Lalla were smiling in their eyes.

Then those shoes were scented to the dogs and the team followed them. I remembered… they used to flirt with rebels just like that.

Girraj wanted to tell Raghuvanshi sir, 'Why are you doing this stupid exercise to Raghuvanshi sir! Where will the rebels be held here? They may be hiding in a well-wisher's cell ... or resting in a village of ghouls. "But who listens to that? So, as always, they both kept quiet.

The dogs stopped at the foot of the hill. On step ten, the water of a small thin river was shining — creating the illusion of overflowing.

The police dog raised his snout and was always trapped in confusion as he was undertaking to smell something around him. Some time ago the surprise was fixed, now the hope was transformed into despair.

Who had started abusing the little doctor - "The bastard brother, the dog's children are hurt! "

Girraj remembered that dacoits used to cheat in such a way - without reason and without aim.

Not only abuses, they have experienced the same method of initial questioning.

When he came in front of Raghuvanshi for the first time to join this team after accepting the request of the police captain, the policeman said to Girraj, "What is the name, Re Tera?" "

"Abe Bhoshadi, you are not telling directly which community you are?"

"Girraj gave teeth and said -" I am Kayastha, Daroga ji! "

"And who is this second hooker?"

"Huh! ! ! When Raghuvanshi nodded his head with a long hunkara, Girraj started thinking about the antics of what these khaki vardis meant to the community The meaning of Vardi is that it is believed that the personal identity of the wearer should be removed, all should be seen from one. But upon entering here, caste is being asked. He felt that even though the color of his boon has become one, the color of his mind is still different.

Remember that the dacoits had also started similar inquiries with them- "Now hurry up, cig people. Tell me your own community, first of all. "

Then the frightened passengers of the bus started telling the castes not to mention their names. There were no men on the bus - there were only castes!

Girraj felt that while trembling in fear of the sudden appearance of the rebels, they looked like a close relative and a family, but the rebels asked the caste, how divided and different they were in a moment Was started

The unique and surprising thing was that when the rebel caste was detected, the style of revealing their caste had completely changed. 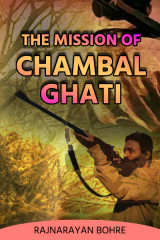