Ellen had not yet removed her bonnet, and taking up her shawl, we sallied out. You may be sure we lost no time in reaching the summer house, already known to you as arranged for and dedicated to the service of Venus. A fire was always kept laid, which I immediately lighted, but as it was a bright sunny day, and the place looked south, it was not at all cold. While I was occupied at the fire, Ellen threw off her bonnet and shawl, and undid her belt—she wore no stays. I seized her in my arms, and gently laid her on the couch—her petticoats were freely canted up, showing her beautiful belly and now more fully fledged cunt. I stooped and gamahuched her at once. She was so excited that in two minutes she sighed deeply, pressed my head down to the lips of her cunt, and gave down her sweet and balmy sperm. I myself was already so rampant that not waiting to lick it up, I brought my huge pego to the charming orifice, and plunged in one effort up to the hilt, quite taking away her breath. But she recovered herself in an instant, and with all the energy of her younger lubricity, quickly brought us both to the grand final ecstasy in which soul and body seem to die away in a joy too great for poor humanity to bear. We remained locked in each other’s embrace, and lost to all around for some time. On coming to our senses I rose, and said we must go to work more lasciviously the next time. The fire having burnt up, and the room being small, it was already of a pleasant temperature. So begging Ellen to strip, I threw off my own clothes, and we quickly stood in all the beauty of nature, admiring each other. Some delicious preliminaries preceded our next encounter, which we procrastinated till passion could no longer be restrained, and again we died away in all the raptures of satisfied lust, and sank once more into the soft languor of the after-enjoyment. Next we had a mutual gamahuche, and then a final fuck for the present, as it was time to dress and be ready when called to luncheon. As soon as our toilets were finished, I took her on my knee, and told her how I should steal along to her bedroom at night, so that she must not lock her door. I told her also that we must be as quiet as possible, as aunt slept in the next room. She was delighted with the prospect of having me all to herself for the whole night, naively telling me that I gave her so much more pleasure than Harry did, that I seemed to fill her whole body with a joy almost too intense, and now that she was to have me every night, she hoped her aunt would stay away for a month. Here the dear creature threw her arms round my neck, and kissing me, thrust her sweet little tongue into my mouth. You may be sure I reciprocated, and putting a hand up her petticoats, and a finger up her charming little cunt, was just about to turn her on the sofa, when my aunt opened the door, and stopped further proceedings. She pretended not to see Ellen’s confusion, hoped I had amused her, and told us to return to the house, as luncheon was ready. We, of course, obeyed. With sharpened appetites, produced by our late warm exercise, we indulged in a plenteous meal, aunt taking care to ply me with Champagne, for which, as may well be imagined, she had her object. She afterwards ordered me to my room, to do the daily task the doctor had set for me and which, as she said, she was to see to the doing of—giving me a sly wink.

“Ellen, my dear,” she added, “you must keep up your practice at the piano daily, for an hour and a half at least.”

We slept profoundly, and morning was already advanced before we awoke. From a displaced chair I saw that aunt had been in to look at us, so I knew she was on the watch. I threw the clothes off dear Ellen that I might gaze on all her young charms. The want of covering awoke her. She lovingly looked up at me, and throwing her arms round my neck as I bent over her, drew my head down to hers, and impressed a loving kiss on my lips. Our tongues interlaced—a hand slipped down and encircled my rampant and throbbing prick. I turned, and placing my knees between her legs, was about to penetrate love’s bower when the door leading to my aunt’s room flew open. My aunt entered, gave a scream of surprise—well acted—and cried out—

“Good gracious! What do I see? Who would have thought it—”

And, apparently to save Ellen, she rushed forward, seized me by the arm, and with a certain degree of willingness on my part, drew me out of bed, saying—

“I am horrified beyond measure. How dare you commit such a sin and crime as to seduce a young girl under my care? Cover yourself up, sir, directly, and go to your own room.”

I boldly declared I would do no such thing; on the contrary, as she had spoiled my sport with Ellen, I was determined she should pay for it herself.

“How dare you talk to me, you dreadful boy?”

“Not dreadful at all, dear aunt, look at this poor dumb thing, and see how he longs to be into you.”

Upon this I seized her in my arms as if to throw her on the bed. She made a pretended struggle, during which she gave a tender squeeze to my rampant prick. Then, breaking from me, she fled to her own room, pretending to endeavour to shut the door in my face but taking care to give way and hasten towards her bed. I caught hold of her as she bent forward as if to get into it, and canting up her chemise, the only article of dress she wore, I was into her longing and luscious cunt from behind up to the hilt in one thrust. She gave a subdued scream, and called to Ellen to come and prevent me from violating her. Ellen came, but wisely would only look on while I worked away manfully.

“Ellen, why don’t you pull him away—he is ravishing me—and oh, horror!—committing incest.”

She pretended to struggle greatly, but cleverly did so to her own profit, by wriggling her backside so as to send me further up into her cunt.

My aunt seemed greatly distressed at this, and actually managed to shed tears, then buried her face in the bed as if in despair, but all the time most actively seconding me. As the crisis drew near, she raised her head, and said—

“Heaven pardon me, this mere simple schoolboy is exciting me to such pleasure as I never before felt.”

She then gave way to all her lubricity, and we brought matters to a crisis in the utmost ecstasy of enjoyment. Aunt’s head sank on the bed, while the rapturous inward pressures of her cunt soon began to raise my prick to its pristine vigour. She felt its throbs and responded to them, but no doubt thinking that an immediate repetition would betray our previous intimacy, she turned her face and body suddenly round, and completely unseated me, my prick coming out with a plop. She began again to weep, women can do so at pleasure, and to scold me for the dreadful crime I had committed; to do so to her was incest—here followed sob upon sob. I threw my arms round her neck, and kissing her tears away, laid all the blame on that rampant fellow—taking her hand and placing it on my still stiff prick. She drew her hand away quickly, but not before she had given it a gentle squeeze. She told me I was a dreadful boy, and that I must go away and leave her and Ellen to think over what could be done in such an awful dilemma. 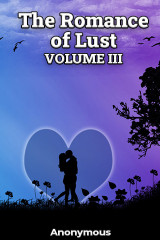