i write my heart, on paper as the first person I meet The gateway to tranquillity,
is open as the colours flow out ,
on the oaken palette on turf ,
and the strokes of the brush
lazily romanticise with the colours
as they mingle with eachother
on their first touch.

The charcoal,
freezes the beautiful juncture
by sketching the notion of love
and the brush splashes
the colours of the nature on canvas
as the mystical beauty
Is displayed by fingers with love . As the firstborn Innocently presented
an enkindle lantern blessings
to the spring of her life.

Wishing that her each day
would be filled with mirth,
variegated with the kaleidoscopic
colour's shining in her life .

The little eyes twinkled on seeing the delight ,
as she looked upon her sibling
as supreme Goddess standing is by her side.

The radiance of the sun
would always lighten by thy life ,
as she gently kissed her forehead ,
thinking when the night would die.

The murk would ne'er peep by thy side ,
as she unlatched the door of the lamp
with a hope in her voice that she would
soon eliminate the darkness of the night .

The moths rushed
towards the enkindle lantern seeing the flame of kins enkindled love of the night . 
Laurels adorn her hair ,
as she unfurls the palette of hues
mother earth handout to it's earthlings
gifts to bloom.

She spurts waves in ocean,
commending that the dazzling moon
has raised in the dark room.

She exhibits the seven colours in the sky
commending that vibrant sun has painted it with its beam,
after the wet sprinkle from the gloom.

Her smile creates a magic ,
as she bestows the spring to come in
but her voice praises the winds
as they had spread the colours in the greens .

She sprouts saplings in the barren lands
as she pampers the dried seedlings,
Mother earth spread the green carpet on brown lands
as she sing in the ears of crispy leaves.

She nourishes her earthlings,
creating a magic in every dew of her realm ,
but her two leg beings
exploit her every magic for their gluttonous needs .

She doesn't brawl,
neither she freezes her magic as the pendulum swings
but in deep sombre ,
with a pearl of sorrow in her eyes ,
she creates a magic in every scene. In leisure ,
the soul romanticises with its treatise.
It eyes doesn't rest
until it sips the last undrunk potion of its leaf.

Phrase by phrase,
the eyes roll over the crispy sheets ,
it unravels the mystery of the verses
scribbled within its every bit .

The intense words ,
creates heatwaves in it's lovers peace
as it explores it's last piece
it downpours comfort in it's every bit .

With a zeal
the lover turn over its pages ,
the phrases kiss its mind
and carries him to mystical world of phrases .

Verse by verse,
a lover reads the last scroll,
and the eyes roll down to bed to sleep.

It prepares itself once again
to sip in an undruk potion with zeal.
A book lover feels at ease ,
as he sips a new world of words before he sleeps.
Deepti knanna- #give me that happiness 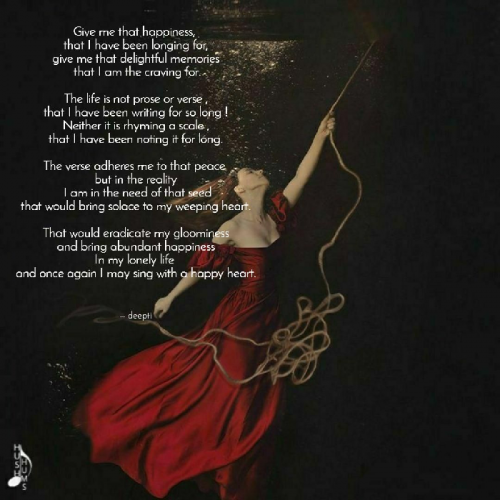 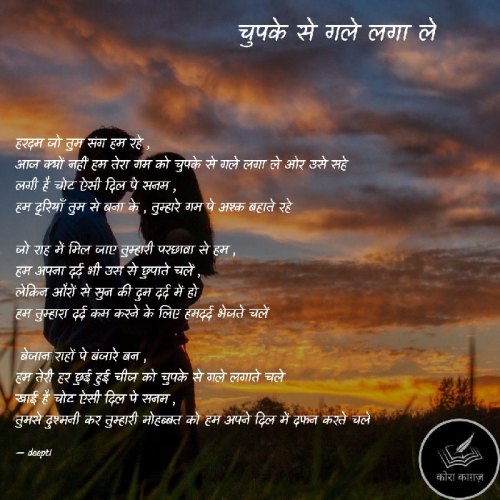 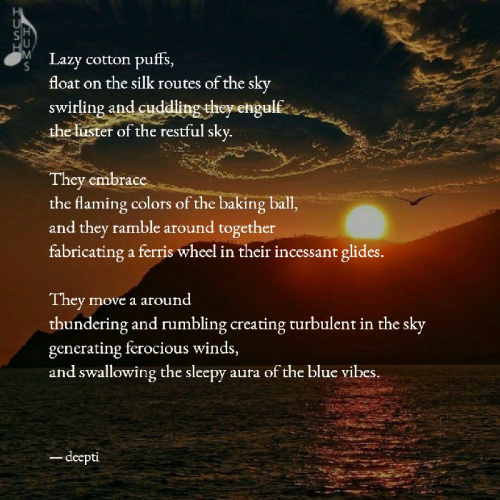