Quotes, Poems and Stories by Gowri 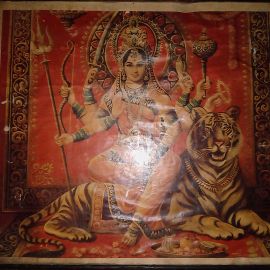 Hai,I am my mothers gowri andcalled by my dad as manju

My brothers friend once came to my office and told that my brother had an intercaste marriage years ago and was in an affair right from the time he was working in Trivandrum Technopark which I was not aware of so my relatives and father are trying to fool me also.But then it is  all destiny I will work and stay with my parents until they die.And I will be mocked by the society like before for the sake of my parents.During my young stage my neighbours used to contact my father so that I would ger married to sujithkumar' s brother in law, handicapped Vinod.After I got a government job they are trying other ways to fool me, my brother also knows this.Sujith kumar s boys/ bache are gundas from Tamil Nadu and not that his wife had delivered innumerable of children- a lorry full. When the bells ring harder and harder in a nearby hindu temple,I was wondering how their prayers are fulfilled by their god, without any legal justification. 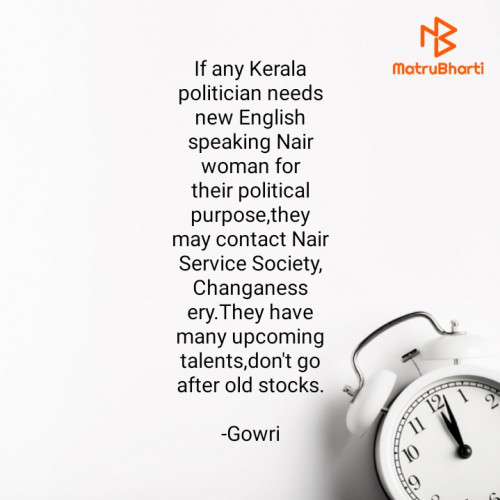 Who is this v. Sadasivan Nair? May be all Nairs are jealous of christians.But the Christians knows how to grasp those things which the educated Hindus think as superstition. 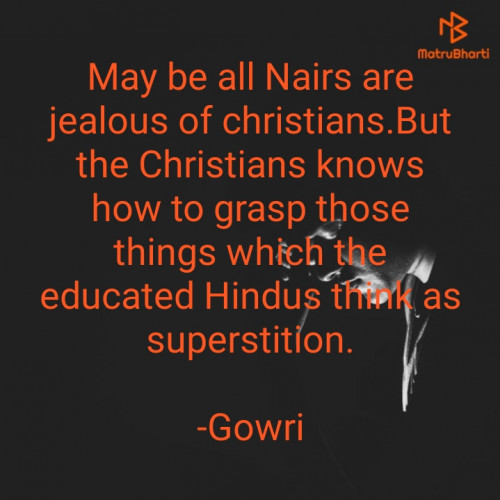 If Nair Servic Society headquarters changanessery is not capable,it should be closed down for ever. First Post.com
The story of Saritha S Nair seems stranger than fiction. Part of this is her revelation about bribing Kerala Chief Minister Oommen Chandy and some members of his cabinet in exchange for their support in setting up a solar panel business empire in Kerala.Sadasivan Nair recalled the death of Somasekharan as a case of suicide. "He ended his life because of financial problems. Indira later got a job at the NSS office and the family lived on her income," said Sadasivan. People at Chngannur do not know much more about Saritha, because her family kept shifting homes after she was arrested in a cheating case in 2005.Sadasivan remembers Saritha as a quiet girl, who was bright when it came to her studies. "She and her sister studied at St Antony's Higher Secondary School here. Saritha was the topper in the school's final examination in 1994. She had a high distinction," he recalled.
The life of Saritha took a sudden turn after her marriage to a man who is still working in the Gulf. She was only 18 at the time of marriage. By this point, she had completed her 'plus two' studies and had a diploma from a polytechnic in electronics & communication. After marriage, Saritha took a diploma course in aircraft maintenance &engineering.
Saritha's marriage, ended soon after she gave birth to a son. Saritha herself claims that she had an offer letter for a job from an airline company, but did not accept it as her mother and sister objected to the dress code of the company. Later she entered share-brokering business, which looked a lucrative option .Her so-called fraudulent days began when she was working in the credit card section of HDFC.It was at this time that she became acquainted with Biju Radhakrishan, her later partner in life and the solar business. Biju was married, but is said to have kept this a secret while dating Saritha. In 2006, Biju is alleged to have killed his wife Resmi in order to marry Saritha.
The re-investigation revealed that Biju had suffocated his wife to death after forcing her to drink excess liquor. Currently, Biju, the first accused in the solar scam case, is also serving a life term for the murder of Resmi. Although he had offered to marry Saritha, he preferred to be a live-in partner and was using Saritha to influence politicians. Saritha was arrested in 2005 accused of siphoning investments by HDFC customers. Biju, was HDFC manager, was arrested on similar charges. Though both were sent to jail. According to the documents — including an affidavit submitted by Saritha before the commission — she and Biju decided to enter the solar panel business in 1991.

“They took the money, misused me and never gave me the help they had promised in return,” said Saritha, as a reason for exposing the politicians now.

My officials can't stop me from writing about my neighbours causing trouble on my family but indirectly arranging a marriage,so that my family will patch up with my neighbour?It is a good ideology,but I am a bad as they doubt me to be.So I will convert their whole relatives into BJP? Go to hell mem.

Even if I marry a Marxist,still I will say this.I will not shut my mouth,for the sake of my family.