The Blue Jackal: Learn English - Story for Children and Adults

Jackals are known to be cunning animals. But in this story, the jackal is not just cunning but also blue in color! Let’s find out how that happened. Once upon a time, there was a jackal named Chandrao who lived in a mighty jungle. One day, he set off in search of food and he accidentally wandered into a quiet village. When the dogs in the village saw the jackal, they surrounded and attacked him, barking away furiously. The jackal, ran for his life and entered the house of a washerman. Searching through the washerman’s house, the jackal came by a large tub filled with blue dye. Chandrao jumped into the tub to hide. When he left the tub, the dogs in the village did not recognize him because he was all blue! In fact, the dogs began to panic. By the afternoon, Chandrao was back in the jungle. All the animals were confused to see such a bizarre animal. He overheard hushed questions like , “Who is this beast?” “What can it be?” Then a clever idea struck him. He stood right in the middle of the jungle and announced, “My dear friends, do not fear. Brahma, the creator of this universe, has crafted me with his own hands. Lord Brahma has made me the king of all three worlds ‒ heaven , earth, and hell. He told me to come to this jungle and as there is no suitable king here he has asked me to be your king and to protect all the animals. This is why I am here. My friends, I am your caretaker. Live happily in my kingdom.” Everybody in the jungle believed him. They bowed to him and said humbly, “Your majesty, your wish is our command.” Chandrao then chalked out everyone’s responsibilities. He made sure that most of the animals would attend to him. Clever Chandrao banished all the jackals, because he was afraid that they might recognize him. The animals got busy with their responsibilities. The lion and the tiger hunted fresh meat for the new king. Chandrao really enjoyed life for some days until one evening, he heard the familiar “Awoo! Awoo!” cry of his fellow jackals from a distance. He just could not control himself. Instinctively, he too craned his neck high in the air and let out a loud “Awoo! Awoo”. When the animals heard this, they were absolutely stunned. They soon figured out what was going on. Meanwhile, Chandrao realized his foolishness and ran for his life. But how could he escape from so many angry animals? Well, I don’t need to describe the punishment he got! Illustrations: Kallol Majumder Music: Rajesh Gilbert Animation: BookBox 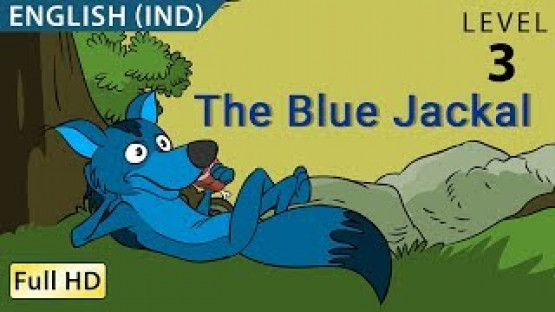