After storming out of Adhvik's house, entered my own with raging fury. As soon as I realized that I'm under my own roof, my eyes started pouring. I so hate that guy! How can he?! Is he that cheap to steep too low to just prove that he'll get any girl?!! But after knowing about him, my stupid heart cannot accept the fact that there will be no 'us' and still hopes for a future! Godddd... Why am I this stupid!

I consoled myself stating that I'm not weak to cry. Especially not over the one who doesn't deserve my tears. But these words consoled me next to nothing. So, I decided to take a soothing bubble bath to calm myself.

Just then, it struck me that I have work today! Which also meant that I have to see Adhvik and work in the same constricted space. This realization made me weep more. So I promised myself for the umpteenth time that I hate him and will get over him. I hate you Adhvik Rish... I hate you to the core... I'll not cry again 'cause of your cheating ass!! I'll destroy every bit of love I have for you... I'll shred every feeling I have for you and I'll even overcome my attraction to you... All this will bairn very very soon... After all, I'm a ardent supporter of Womensera! I , as a woman, can do anything... This is going to be a piece of cake... Okay, chill! May be not! Though, I'll try hard!! You can do it, Rika!

With this little pep talk, I exited the bathroom and entered my closet to dress up for work. I chose a white and blue striped shift dress with my white pumps. I left my hair to cascade over my shoulders, put on a bit of kohl to highlight my dull puffy eyes 'cause of all the crying and lip gloss. Then, I was about to call Rahul uncle to come and pick me up.

But, before I can dial his number, he called me himself stating that I need to come home at once and that Adhvik will pick me up in 5 minutes. The name 'Adhvik' rang a bell in my head. No, not a bell ~~ it's a freaking siren. My breathing raced by the mere mention of his name. All my senses started panicking. But before I can refuse the offer, he cut the call.

I just stood there in the middle of my living room, in a panicked state. To be truthful, I didn't know what to do. All I know is that I have to avoid Adhvik like a plague. But circumstances and situations always puts us together. I can't do anything than saying FML.

The ring of the calling bell brought me back from my thoughts. I need not open the door to know who was on the other end. It's obviously Adhvik. This made me sweat profusely. Trust me when I say that the AC's is kept at freezing cold temperature.

I quickly wiped off the sweat, squared my shoulders and then took slow strides to open the door. I desperately want to look confident before him. I want to prove him that I'm no pushover or a plaything or a damsel in distress. After all, that's what womansera taught me ~~ self confidence and pride in being a woman.

But all this words opposed my oncoming actions. As soon as I opened the door, I was met with his chest, clad in black full sleeved T-shirt that accentuated his muscles. The view gave me light shivers. I slowly craned my neck to look at his face. When my eyes met his blue ones, the intensity of his made my breathing race. My heart thumped so loudly that even the aliens can hear them from outer space.

All this while, his eyes was fixated on mine and his expression was a combination of admiration, concern and confusion. Of course, he would be confused. I'm~~ no, my heart is so stupid to react to him this way after lashing out on him merely an hour before. This happens every time I see him! My freaking brain looses control our my body and my heart does the Brain's job whenever I see this man. Right at this moment, I want to hate him so much. But I'm not able to and I hate the fact that I'm not able to hate him. Its not that I'm mother Teresa to forgive everyone. Trust me when I say that I'm like any other average girl and no movie or book's heroine. I hate it when people break my trust. I find it difficult to trust them again. But this guy is an exception.

You will brand me crazy if I tell you the thoughts that is going on in my mind now. My mind is telling me to trust him once more and change him for better. Like, seriously brain?! Are you alright?! Probably I need to schedule an overall check up for my brain! You should be furious.. If you can't, at least act as if you are!

I was pulled back up earth when I heard someone clearing their throat~~ accurately, that someone is Adhvik.

"Dad told me to pick you up...", he said looking elsewhere.

"Give me a minute Mr. Rish", I countered, which made a change in his expression. He became stone faced again. I quickly locked my door after taking my handbag and followed him out.

We both entered the lift and stood in that constricted place with awkwardness. The journey to the parking lot seemed eternal. After that, we had another unfortunate luck of traveling in the same car. He took the driver's seat and I took the passenger's seat in the front. Our ride to the mansion was completely silent and awkward with neither of us ready to talk to the other. After what seemed like forever, we reached the mansion. As soon as he parked the car, I jumped out of it to escape the uncomfortable environment.

On reaching the front door, I rang the doorbell. But , before the door can open, he came and stood by my side. Actually, too close for my liking, if I might add. His action came as a surprise to me because of this morning's encounter and all the awkwardness in car. Some people just don't give up, I guess! Disgusting!! , my sane inner voice said. Really Rika?! You know that you cannot fool yourself forever right?!, said my stupid inner voice.

Just then, the door opened. If I told you that I was surprised earlier, then forget it. This is the real surprise.

The person standing before me, holding the door and beaming is Adhvita!! Yeah, as in my best friend and Adhvik's sister, Adhvita. OMG! Isn't she supposed to be in Paris?!

Without giving it another thought, I hugged the life out of her in happiness. She shook with laughter and hugged me back even tighter. Its been six long years since I saw her. I missed her a lot. But I didn't want to meet her because of the whole Adhvik thing. Now, she is standing before me when more beautiful that before.

After telling me that she missed me so much, she hugged her brother. After stepping back, she glanced at me and Dhvi curiously. Her eyes glinted with happiness when she saw us standing side by side. After giving us a very confusing mischievous smile, she said,

"I get that you both are together now... Finally! It took you both too long! But I'm happy that we will be officially related soon, Rika... You will be my sister in-- "

But before she can say it, I cut her off in mid sentence. "No... We are not together... You got it wrong... We are just work acquaintances... Nothing more"

My sentence stopped her smile and she muttered something like 'didn't even realize after all these years... Dumb people... Enough of waiting... It's time to jump into the field! Its time for some cupid action...'

After entering the living room, she faced me and Adhvik again.

"What's with the 'just work acquaintances' thing?! For Fuck's sake, just hug each other already like best friends!", she said with a very serious expression. This words brought me back the memories from six years ago. She uttered the same words even then. Before I could reply her, Adhvik bet me to it.

"Not the same words again , Vita! Those words made me enough damage for a lifetime already!", he countered her. His words. shocked me!

He remembers that?! But, Why!!?? What's with that 'enough damage' shit?! Am I missing anything in this picture?!! Goddd!! I'm so confused.

After telling this, Adhvik left the room. Vita and I followed him to the dining room where uncle and aunty were seated. After taking my seat in the dining table, which was directly across Adhvik's, we all began to eat. Earlier, When aunty asked Adhvik and I if we ate our breakfast yet, we both answered with a negative. This made me surprised again 'cause, Dhvi was preparing breakfast this morning. Then, why didn't he eat it ??!

After eating, Vita, I and Dhvi settled in the Vita's bedroom to talk. Okay ~~ Dhvi was compelled too much by Vita to sit down with us to talk. As Vita took the love seat, I was forced to sit with Adhvik in the very small two seater couch.

The very close proximity was enough to drive me insane. I kept sticking to the hand rest. All the while, when Vita kept talking about her fashion shows in Paris and the new clothing line's launch, my mind was clouded with various possibilities that my relationship with Dhvi can have. Many 'what ifs' clouded my mind.

Occasional brushing of his thighs with mine didn't help any further. It made me more nervous and my breath hitched each time. At first, the touch was purely by accident. But by the time goes, I felt that it was intentionally done and was very frequent. But, even then, it took my breath away every freaking time.

When Vita excused herself to use the restroom, Dhvi stretched his legs and cracked him elbows lazily. Then, he rested his left hand on back of my side of the couch. This action made me move instantly to the front, avoiding his hands like a plague. But that action provoked him I guess. Because, his next move made me freeze and stayed glued to my seat in shock.

He removed his hand from the back of the seat, instantly encircled it around my waist and pulled me closer to him. Actually, too close that there was not even a hairline gap between us. This made my hormones rocket and my heart flutter. But I reminded myself that I can't let my feelings run loose and that I'm far better than a damsel. So, I tried to pry his hand away and stand up. But he was quicker than I thought. He captured my hands with his other one and also, freaking put his leg on mine so that I'm locked in the same position.

After that, he faced me to reveal his smirk. Yeah, it's a stupid looking victory smirk ~ okay, it was a hot victory smirk, happy guys?!

"Don't test my patience! Don't deny what we have! You had your time to ruin every freaking chance for us to get together... Now it's my time to mend everything... Be ready for more fun, Ms. Shrinikith... ", he said with seriousness and gave me a romantic look that made me melt into a puddle. 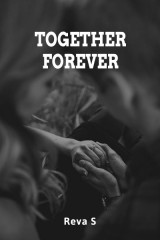