All rights reserved. No parts of this publication may be reproduced, stored in a retrieval system, or transmitted, in any form or by any means, electronic, mechanical, photocopying, recording, or otherwise, for any commercial purposes without the prior permission of the author and/or publisher.

Disclaimer: This is the work of fiction as far as all the characters, their names and the names of all the events are concerned and all these are imaginary and hence any resemblance to the persons (and their lives) dead or alive, and any places are coincidental. Even if a few events might look realistic/’real’, these are fictionalised and the associated names are changed in order to maintain their privacy, honour, and security. No intention whatsoever is meant to hurt any feelings of whosoever, irrespective of their personal/cultural beliefs, social or political inclinations, religion-orientations/practicing/philosophy, life styles, and work/business. The ‘I’, ‘my’, ‘me’, and ‘mine’ (if any used) do not necessarily mean the author of this book, and these and other such pronouns: her, hers, his, he, she, him, you, your, yours, ours, theirs…; are used for effective personification and dramatization, and the readers should not take these on their ‘own persons’. The readers should take these stories/verses/thoughts with/in good spirit. The presented ideas and material are based, where feasible, on readings and (thought-) analyses of scientific/other open literature (which seemed most profound and trustworthy), with as much care as possibly taken. The readers are requested to verify these notions on their own, and use their own discretion. However, these stories/verses/thoughts/ideas (mostly original) are expressed here with an intention of increasing awareness of the readers with a hope that in an overall sense, their (and ours) consciousness would be heightened (in all and multiple directions), so that we all can live our lives on this planet with true happiness, ever-lasting peace and real joy (irrespective of our orientations). The author and the publisher will not be responsible for any negative effects/situations arising as a result of reading these stories/verses and/or following the suggestions if any. No discussions/dispute of any kind will be entertained at any time and in any way, manner, and/or forum. JIRARA.

While he was a teenager, he used to go to his school by the school bus. Interestingly, even though the pickup point was just a 2-minute walk from his house, his mother used to always accompany him up to the point, and wait until the boy has boarded the bus. She used to take extra care of him, He being the second son, and being younger was given lot of attention in all the matters in the house: clothing, special food preparations, bed-setting up, bath-tub cleaning, room decoration, and many more things. As such, the boy Uchoso got too much pampered from the normal common-sense point of view, and this got into his mind at the early stage of his growth as a teenager.

Apparently he was docile, very obedient, hardworking, with good outwardly manners, and was reasonably good in his studies. But, he was growing fast (mentally), and had caught the habit of net-surfing very quickly, and then he started ordering many things that he liked from the net-e-shopping, often very costly items (without consent of his parents) that his parents were not able to tolerate, buy would not openly tell him anything. His wrist-watch, mobile, laptop, music system, big fluffy stuffed animals, and many such accessories amounted to several thousands of rupees, and this was too much taxing on his father, who had a semi-governmental job.

This habit of the boy was the cause of several arguments between the parents themselves (blaming each other for the spoilt of the boy) and with the boy; and all these would happen in the presence of the boy’s elder brother, who was nearly four years elder and senior to him. The elder one would also join in the arguments, and in most cases would favour his parents, and this would be distasted by the younger one. With so many days and months passed, the boy’s habits did not change, and during these years, he got into a new problem at his school: bullying by some seniors in the class and in the high school. This was not disclosed by the boy to his parents, for the reason of shame, or it would be a display of his own weakness; this caused extra burden to the boy, and his own tensions increased, and he started becoming moody in the house, with his elder brother as well as parents, and most of the blunt was on his mother, since she was all the time at home being a house wife, and the father would be in his job-office except on Sundays and holidays.

The boy’s routine bad behaviour, and extravaganza net-purchases, prompted the parents to make some enquiries with him; and the real problem was revealed; due to which the parents visited his school, and talked to the principal, as well as even to the bullying rouges, with a great courage, and the situation started coming in the control; but the boy’s habit of spending extravaganza continued; this latter aspect again attracted lot of arguments, altercations, and even screaming, and shouting from both the sides, which often went out of control, and this became a routine affair, at least once or twice a week the situation in the house would explode; nobody will budge, and they would not reconcile with each other; eventually they will become silent only when they ran out of arguments or got mentally strained and physically exhausted. In one such episode, this younger boy felt too much pressure, and in his bad mood twisted the arm of her own mother, during fist fighting, and she got sprain. The situation became grave, and it was not pleasant at all.

The treatment of the mother’s arm lasted for several months, almost a year, and still she was not feeling normal even with lot of medication and physiotherapy, for which a lady-therapist used to visit her house regularly. Finally, an operation was done to the arm, and then the real relief came. Still the mother was too much attached to the boy who has just entered the adulthood, and also joined a degree course. Here again, he faced lot of pressure of his studies, and also he had to go to a faraway place, since the college was not near; for which he had to be provided (after so many arguments detailing the pros and cons of the safety and cost aspects) with a motor bike, which was one of the costliest ones, since he wouldn’t ride a cheaper two-wheeler.

Although, it seemed that he has now settled down with his admission to a good college and a course of his choice and liking in the area of management, the situation still remains volatile because of his demands are never ending, and the extra burden of the expenditure has been mounting on his father, who would enter in arguments with him on the issue of purchases etc.; and yet, due to the overpowering attachment and love, the boy’s latest demand of having (of course this time a live) pet animal was fulfilled by the father; and ironically the father himself would end up taking care of the animal more than the boy would do! This turned out to be a very costly project, in terms of time, effort and money, but it was implemented; despite the fact that the mother is allergic to the hairs and some stinking smell from the animal.

And yet the altercations and arguments have not stopped (because more issues kept/keep showing up their ugly tentacles: comparison with the status of the elder one in studies, competition with the colleagues in the college, doing compulsorily an apprenticeship in the ensuing vacations, etc.), though these seemed to have relatively reduced; looks like the members have now got into the habit of this interactions at regular intervals, and their minds would become calm only after some expenditure of the energy has taken place; this has become a sort of relief mechanism (they seemed to have now got used to this psychological displacement habit away from solving other main issues like the parents’ health, the mother being both diabetic and BP patient) and they have yet not found a permanent or even a descent solution to the problem that the entire family faces up: getting into altercations at the drop of the hat.

Too much and early pampering of the younger boy, and not disciplining him at a very early stage have been the main reasons of the ugly situation that the family has been facing and has got caught in for more than three years! Treating the boy as a friend by the parents would have helped them to reconcile with certain habits of the boy, however, this was very much missing in the family; in the friendly approach you do not show your possessiveness, that you are the father and the mother, and so on…; and in a detached manner you treat him as if the boy (or the girl) is your close friend and you talk with the children at an equal level and distance with the emotions intact, and shunning any sentimentalism; and all the time projecting you both parents as your children’s well-wishers; we should act more like advisors and counsellors rather than like parents; in many cases I have seen that this approach has worked very successfully; and the tensions in the family have drastically reduced; we should think that our children are independent entities in this world, and they have their own thoughts, ideas, plans, and their own world, and we should give them some space in our mental frame/setup (and respect their intelligence), and yet we can partially be connected with them with our emotions, and allow them to use their minds, and their judgements, and guide them without forcing our own (often orthodox) notions and thoughts on to them. Monitoring their activities, and occasional cautionary suggestions with operative mechanisms for their health, safety, and security are the practical ways to lead our children on the path of their chosen goals for their success, and happiness; this would also bring overall happiness in the entire family.

May the family be able to get a lasting solution to their problems as the time evolves.

Problems faced by a boy during transition to adulthood are briefly outlined. 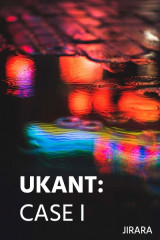 by JIRARA in English Social Stories