I had long prepared myself for such a question, and at once replied that after the description of the libidinous scenes that had taken place between her and them, and her exquisite account of their young charms, I got so lecherous upon them that I had sought Mary out while she was engaged with Lizzie, and Lizzie when Mary was with her; they were both too much delighted to refuse me anything, and we had now enjoyed each other about a dozen times. I had previously told my sisters to support any story I might recount to Miss F. Lizzie had stolen up after she found Miss Frankland had passed through my room, and now both confirmed the tale told. We surrounded Miss Frankland, caressing her in every way. My pego got terribly excited. Drawing up my nightshirt, I said—

“Let this dear fellow make peace between us, and become equally dear to all. I know, my loved mistress, that my sisters are longing to see him exercised on your glorious person, and buried in your delicious hairy cunt, so let me offer up sacrifice to its juicy charms. Lizzie has just said you sought me for the purpose—see, the dear clitoris is raising its head—let Mary lie down under you to suck your clitoris, and see my prick close above her eyes in vigorous action filling your exquisite cunt. You can gamahuche her and Lizzie can look on behind, witness the glorious sight, and act postillion to my bottom-hole.”

“Well, my beloved children, the die is cast, it is no use crying after spilt milk, so let us make the best of it. I never could resist the eloquent look of this loved and long thick thing, that was made for giving poor woman all she could crave for.”

So arranging our relative positions as I had prescribed, we ran a course of the most luxurious and salacious enjoyment imaginable. Lizzie, who had taken possession of one of the dildoes, manipulated herself, while watching every voluptuous movement of our bodies, and we all managed to spend most rapturously together. We could not afford to do more at that moment, as time was creeping on, and the household would soon be astir. Miss Frankland regained with me my room, her own door being locked, and kissing me tenderly, said I was a bad boy, but she supposed it must eventually have come to this, so it was well it was sooner than later.

Thus passed our first general orgie, which was the precursor of many much more luxuriously and salaciously libidinous, and which I shall more minutely describe as events progress.

Miss Frankland would not allow us to have a general orgie the next night. She was now aware of our summer house doings—only of late begun, as she supposed—for my story had been too plausibly off-hand not to deceive her, especially as she had felt convinced by all that occurred on our first fucking that she had had the delightful pleasure of taking my maidenhead. She was quite satisfied on that head. But she now suspected that what I had just begun I should be too glad to repeat. She accompanied us to the garden in our recreation hour, so that nothing erotic took place. We sat down all together after a little running about, and Miss F. opened to us a rule of conduct we must in future pursue. She said—

“However delightful it would be for you all, as well as for myself, to meet every night, it would in the first instance become a dangerous habit, dangerous because of engendering carelessness in the necessary precautions against discovery; and next, and above all, because it would be the destruction of our loved and darling Charlie, who could not possibly long continue such excessive venery as three loved objects at once would constantly require of him.”

Seeing my inclination to interrupt her, and declare that I felt quite equal to it, she stopped me, and told us I was too young to know what such excessive indulgence would lead to; that we must trust to her experience and be guided by her, and we should all find the advantage of it. Three times a week was the utmost she could allow, when we should be all together. The other nights she would take care that I committed no excess. Such were the sage counsels of this admirable woman, and such in future became the programme of our proceedings. I rebelled and kicked against what I thought at the time too great a restriction, but I eventually became convinced that greater pleasure followed the enforced delays. Of course I slept with Miss Frankland on what might be called our off nights, but she soon established a custom of restraining my spendings to twice a night, allowing me to excite and make her spend as often as I pleased. I was difficult to manage at first, but eventually settled down in great regularity to the rules she dictated, and, indeed, enforced. I soon found out the wisdom of her proceeding, for often afterwards my lagging efforts required the spur of the rod to be applied in earnest for the completion of our orgies.

This she did with great art, working the dildo, which was still in her cunt while so occupied. The effect was almost electrical, and my glorious rampant prick filled dear Lizzie’s delicious and longing bottom-hole to her utmost delight. Miss F. begged Mary to give her a gentle stimulus with the rod. Nothing could better have pleased Mary, for she afterwards admitted she had long had the greatest letch to flog that glorious and immense backside. With such stimulants as these this course proved one of the most salacious and voluptuous we had yet had, and the ecstatic ending was accompanied with screams of delight, as we died away in the death-like swoon of rapturous and satiated desires. We again rose to purify and refresh ourselves, and for some time after lay closely embraced on the bed. As Mary had not yet had my prick in her cunt, Miss F. proposed that I should fuck her, that Lizzie should kneel close behind us, she could fuck Lizzie’s bottom-hole with her clitoris, and work one dildo up my bottom, while she worked a second in her own. No sooner said that done. Lizzie’s head was shoved almost below Mary’s belly, so as to bring Miss F. close enough to me to operate as she desired, and we ran another delicious course with such extreme pleasure that all sank sideways down on the bed and dropped into a sound slumber. We did not awaken until so late that we only had time to lave ourselves in cold water, finish off with a general gamahuche, and then regain our separate rooms. On this last occasion Miss Frankland said she must gamahuche me, as she delighted to break her fast on cream. The joke amused the two girls amazingly.

It was about this time Mrs. Vincent gave birth to a fine boy. I have not spoken of her since our first interview after her marriage in the summer house, when all had gone into the town to bring out Miss Frankland. We had only had two stolen interviews since that time, which I have not mentioned, because they were too hasty, and with too little comfort to have been thoroughly enjoyed; then she became too heavy with child to afford me any further opportunity. Mamma wrote a congratulating letter to Mr. Vincent, wishing him joy of the advent of a son and heir, little dreaming that her own son was the father thereof. This brought a visit from Mr. Vincent to beg that mamma would kindly become godmother to the little fellow. My mother at once assented, and asked who the godfathers were. He said an uncle, from whom they had expectations, had consented to be one, but he was at a loss to know whom to ask as second.

“Why not ask Charlie, he was always very fond of your wife as his governess, and he, too, has an uncle from whom we hope some day to receive something handsome.”

“That is a very good idea of yours, Mrs. Roberts, and if you will kindly send for Charles I shall put it to him, and if he consents, it saves me all further trouble.”

I was sent for, and, you may be sure, accepted immediately, thanking Mr. Vincent for the honour he did me, and hoping that Mrs. Vincent would be equally agreeable that I should be godfather, although so young.

“Leave that to me, my dear wife is so much attached to me that my wish is her law, so do not make yourself uneasy on that head.”

It may well be supposed I was not at all uneasy, but quite certain that it was the very thing Mrs. V. would have proposed if she had not been withheld by prudence. We heard afterwards from Mr. V. that she had simulated objections on account of my youth, but the very first moment she could say a word to me in private it was to tell me what delight it had given her that her husband should have fulfilled in the matter the very wish nearest and dearest to her heart.

The ceremony eventually came off as had been proposed, but it was at very rare intervals that I could find an opportunity of renewing our old combats in the field of Venus. Meanwhile I had no reason to regret this as far as indulgence of my erotic passions went, because, for nearly two years, that is until I had passed my eighteenth birthday, I continued to enjoy uninterrupted bliss in the arms of the luxurious and fascinating Miss Frankland, or in orgies with her and my sisters, which culminated in every excess of venery capable of being enjoyed by three women and one youth. In fact, we all indulged rather too freely, if I may judge from the fact that, at least to Miss Frankland and myself, the rod had almost become a necessity, and occasionally even my sisters admitted it gave them a fillip. Under the able tutorship of Miss Frankland we became the most perfect adepts in every voluptuous indulgence of lubricity. But I must also give her the credit of never neglecting our education. Indeed, I may say it gained by the intimate union of our bodies. For that estimable woman impressed upon us that to keep her friendship and confidence we must do justice to her teaching. I have already said her system of instruction was very superior to anything we had previously known, and now that she had won our unbounded love and affection, there was nothing we were not ready to do in school to second her efforts for our mutual improvement. She had very superior attainments—spoke French and German like a native, had sufficient knowledge of Latin and Greek to ground me well in them, and her knowledge of music was very superior. I have hardly ever heard anyone with a more charming touch on the piano. In the two years that followed our first orgie we made really astonishing progress. We all spoke French very fairly, had a pretty good knowledge of German, especially Mary, who really spoke it well; as for myself I was well up in French, fairly so in German, and with a very good groundwork of Latin and Greek. 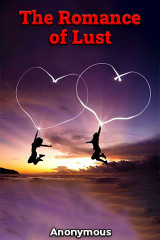