(4)
( Summary of part -1 )
This novel's plot begins with three orphaned boys. They lived in an orphanage. This orphanage has an orphan school. And this orphanage, which is located near a mysterious forest A lot of bad dreams of a boy saw it one night. Then he yelled and stood up, and the rest of his friends followed suit. He claims to have had a dream about this mysterious forest. They decided to let them explore the forest. And they go underground to discover a mystical area. They noticed strange stones on a large thing. They take the stones and transfer to the orphanage. They were walking down the street one day when they witnessed a bank robbery and the robbers fleeing in their van.The Alien asks, "Who are you, and where are the stones?" We have these stones, according to the boys. And the boys also talk about the incident they had in the morning. These stones bind you all together. Dracox is my name. I am from another planet, and you are the most powerful on this planet, which is why we are linked through these stones. We have another Stone for you to find: the next powerful man or woman. Each of you needs to put in more practise time. These stones have numerous superpowers, and please tell me your names. The first boy said, "My name is Viavan, and I have the red stone," and the second boy said, "My name is Mereon, and I have the blue stone," and the third boy said, "My name is Chromose, and I have the white stone". Then Dracox asked, "Why did all of you say White stone, Red stone, and Blue Stone?" All of the names of the stones were given by Dracox and he explained all of the abilities. After a while, Dracox discovers the fourth powerful girl and they become famous due to an incident known as The Stone Blasters. There's a man in Russia who's the richest ; he is a brilliant businessman with the ability to connect to the Stones; this information is known to the most dangerous Phantom Deluxe; he is desperately looking for all the stones in the universe, but he has no clue where the stones are. Due to some commercial work, That person travelled from Russia to the United States, where these boys were living. A gangster attack was carried out on a city in America, and at this location, a businessman named Carel Johnsen (C.J) was attending a meeting. When he saw these thugs, he cancelled the meeting and went into hiding. The Stone Blasters arrived and took the situation into their hands. When the police arrived to ensure C.J's safety, he accompanied them. And Viavan notices a mark (a type of design) on C.J's hand that was in their stone. The mark on C.J's hand and the stone are identical; t his is what Viavan said to Dracox. According to Dracox, he is the next most powerful person. I'd like to meet that person and take him somewhere. C.J's work is finished, and he is returning to Russia. He travels to the airport in preparation for his flight.The boys go to C.J's office in America, and the assistant of C.J's tells C.J sir on the airport that the sir's work is done and he is taking off now. Viavan and Chromose begin to run. They arrived at the airport and located C.J. The boys tell him everything they know about the stones and themselves. C.J is with these lads. Yes, Dracox said, that person has the ability to connect with the Black stone, b ut the stone is on a planet called Felexen. So Mereon and Celevia go there to find it. After three days, they discover the stone. They came and gave the stone to Dracox, and he gives it to C.J. . C.J. is pleased to see this because he likes these types of things; he wishes to connect with the stone but is unable to do so. Viavan suggested that he use mindfulness to strengthen his mind in order to connect with the stone. C.J. continues to do this; but fails. After some time, news bursts out that a software company is fired, they are going to help this company, and C.J is also present there at this time. 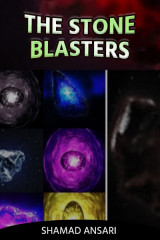