4. Aabha and Rohan meet after a long time

After graduation, she decided to concentrate on writing. Her pappa tried convincing her to join their business but she had decided earlier, she stuck to her decision. She gave more importance to her passion than earning money. Her parents too didn't force her in anything. She was happy to fulfil her dreams. Her stories and articles started publishing on the regular basis in newspapers and magazines. She was enjoying and that was making her happy.

One Saturday, Aabha went to a restaurant for lunch with friends . She entered the hotel and she heard someone's call... Aabha could not recognize the voice so she turned back to check who was calling her. She saw Rohan but she could not recollect his name as after her 1st meet with Rohan, they didn't meet again. With a confused look started looking at Rohan

"Hey Aabha... why are you looking so confused?"

"Sorry.. I remember your face but cannot remember your name and where we had met. So a bit confused. I can't understand how should I react." Rohan was listening to Aabha and he started laughing..

"It is ok Aabha. It's not a big deal. My memory is good but no offence if you forget my name. We met only once and that was an accidental meeting..." Aabha was carefully hearing to Rohan.. and suddenly she remembered something.. "Oh ya.. I remembered now. ha-ha..." she laughed and continued talking, "We had met on the 1st day of college.. but still can't remember your name "

"Rohan..." Rohan replied. "Hopefully, now you will not forget my name and we are every time meeting accidently. The world is very small.. I think, there are chances of meeting again. If we meet one more time, please don't say I don't remember your name " Rohan stared at Aabha and laughed. Aabha joined him in a laughter. "Don't worry... Now I won't forget your name " -Both had a good laugh..

"So tell me, how's life?" Rohan wanted to talk to Aabha but she was with friends so couldn't continue the talk

"Rohan!" Aabha replied, "Can we talk later? Sorry.. I have come with friends. They are calling me to join in lunch. I cannot keep them waiting. "

"Absolutely Aabha... If you do not mind, can you share your number?" Rohan asked...

"Sure.. " Aabha then shared her number with Rohan and asked him to give a missed call... She too saved his number. Aabha said bye to him and joined her friends. Aabha wanted to talk more but she couldn't as she couldn't keep her friends waiting. She was with her friends but her attention was not on any1.. She was lost in her own thoughts. She remembered the 1st day of college when she met Rohan for the 1st time accidently. There was a rapid slideshow in her mind. Suddenly there was a smile on her face.. Her friend Nisha noticed it and she asked,"Aabha. Why are you smiling? Nobody cracked any joke. "

"Nothing Nisha. Just remembered something " Aabha tried hiding her feelings.

"Oh.." Nisha said..but she couldn't trust her. She didn't find it right time so didn't ask anything to Aabha and started talking to other friends. Aabha was very active in her group but that day she was not at all responding to anything. All friends left and Aabha too! She reached home. But she couldn't get out of Rohan's thoughts. And her mobile ranged. Aabha was a bit irritated but when she saw the name on the mobile, a smile rested on her face. She picked up the call and said,

"Hey Aabha... I hope, it is a good time to talk. Hopefully I did not disturb you! And I hope, you remember me." Rohan laughed..

"No no.. you didn't disturb me but do you think, my memory is so bad? That was very bad btw..." Aabha was annoyed.. but then she was in the normal mood and she continued talking, "Actually, I was thinking..." Suddenly Aabha stopped talking..

"What Aabha? You did not complete your sentence. " Rohan asked with the curiosity

"Nothing nothing. You tell me, why did you call?"

"We could not talk in the restaurant so thought of calling you. I was glad to see after so many years. "

"Oh... I was glad too. You called just to say this? Actually, I never thought you would call me so was a bit surprised to see your call. So tell me, what you are doing right now? Doing job somewhere?"

"Yes yes.. I am working in a multinational company.. 5 days are very busy... Lots of work.. and many responsibilities at work place. but I take out 2 days for myself without fail. 2 days I do not even look at office work " Rohan was talking, "You say... what you do? Are you doing job?" Aabha didn't answer Rohan's question. She only laughed at Rohan's question. "Why are you laughing Aabha?" Rohan inquired..

"If I answer your question, you will think I am so crazy "

"Why I will feel that Aabha? Everyone has right to live life as per their wish. I am no one to laugh on you..."

"Nice thoughts Rohan . Will tell you sometimes later... Right now have some other work.."

"No problem Aabha. Btw, would you mind if we meet tomorrow evening?"

"Of course yess.... We met 2 times accidently. Now I wish to meet you with planning ."

"Ok.. I don't have any problem. Text me the place and the time. will catch you on time. "

"Great . I will text you the time and place.. You have a good day ahead and looking forward to meet you.. and talk to you "

"Same here... Rohan. And please come on time as I hate latecomers "

"Bye.." Aabha switched off the call.. Rohan did sms to Aabha and he was waiting for the evening 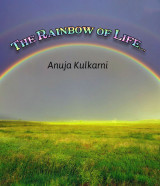