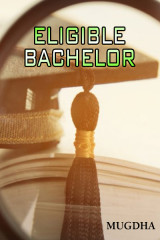 Samyak is getting ready for his first interview. He has completed his MBA in Finance this year. He is quite nervous as this interview is very important and from one of the giant companies. He wanted to get selected ...Read Morestart his career with a reputed company like this. He checked all his documents and kept it in his backpack. He adjusted his tie looking in the mirror and came out of the room.“Mummy… I am ready.” Samyak called his mother who was in the kitchen and preparing breakfast.She came out with a plate of a sandwich.“Wow… My son is