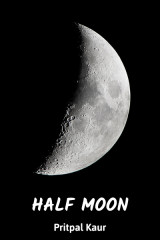 Morning was heavy, hot and humid. Not too bad, but as hot as the first week of April in north India can be. Mehar was terribly tired and so was the whole family, which included her mother, husband, her ...Read Moreyear old son and her five year old daughter. Covered in white sheet from head to toe, the dead body of her father Janab Singh lay on huge blocks of ice in the middle of the courtyard. His lean feet were visible, as she had always remembered them since her childhood days; long toenails with closely knit fingers, one of the nails blackened due to some injury he might have had during his childhood. She had never asked him about this blackened toe nail, but always looked at it and wondered what could have caused it.