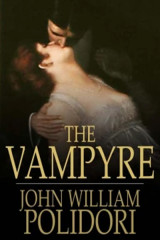 "I breathe freely in the neighbourhood of this lake; the ground upon which I tread has been subdued from the earliest ages; the principal objects which immediately strike my eye, bring to my recollection scenes, in which man acted ...Read Morehero and was the chief object of interest. Not to look back to earlier times of battles and sieges, here is the bust of Rousseau—here is a house with an inscription denoting that the Genevan philosopher first drew breath under its roof. A little out of the town is Ferney, the residence of Voltaire; where that wonderful, though certainly in many respects contemptible, character, received, like the hermits of old, the visits of pilgrims, not only from his own nation, but from the farthest boundaries of Europe. Here too is Bonnet's abode, and, a few steps beyond, the house of that astonishing woman Madame de Stael: perhaps the first of her sex, who has really proved its often claimed equality with, the nobler man. We have before had women who have written interesting novels and poems, in which their tact at observing drawing-room characters has availed them; but never since the days of Heloise have those faculties which are peculiar to man, been developed as the possible inheritance of woman.

THE VAMPYRE - 1
A Tale. By John William Polidori LONDON PRINTED FOR SHERWOOD, NEELY, AND JONES PATERNOSTER ROW 1819 [Entered at Stationers' Hall, March 27, 1819] Gillet, Printer, Crown Court, Fleet Street, London. EXTRACT OF A LETTER FROM GENEVA. ...Read Morebreathe freely in the neighbourhood of this lake; the ground upon which I tread has been subdued from the earliest ages; the principal objects which immediately strike my eye, bring to my recollection scenes, in which man acted the hero and was the chief object of interest. Not to look back to earlier times of battles and sieges, here is
THE VAMPYRE - 2
INTRODUCTION. THE superstition upon which this tale is founded is very general in the East. Among the Arabians it appears to be common: it did not, however, extend itself to the Greeks until after the establishment of Christianity; and ...Read Morehas only assumed its present form since the division of the Latin and Greek churches; at which time, the idea becoming prevalent, that a Latin body could not corrupt if buried in their territory, it gradually increased, and formed the subject of many wonderful stories, still extant, of the dead rising from their graves, and feeding upon the blood of
THE VAMPYRE - 3
IT happened that in the midst of the dissipations attendant upon a London winter, there appeared at the various parties of the leaders of the ton a nobleman, more remarkable for his singularities, than his rank. He gazed upon ...Read Moremirth around him, as if he could not participate therein. Apparently, the light laughter of the fair only attracted his attention, that he might by a look quell it, and throw fear into those breasts where thoughtlessness reigned. Those who felt this sensation of awe, could not explain whence it arose: some attributed it to the dead grey eye, which,
THE VAMPYRE - 4
They soon arrived at Rome, and Aubrey for a time lost sight of his companion; he left him in daily attendance upon the morning circle of an Italian countess, whilst he went in search of the memorials of another ...Read Moredeserted city. Whilst he was thus engaged, letters arrived from England, which he opened with eager impatience; the first was from his sister, breathing nothing but affection; the others were from his guardians, the latter astonished him; if it had before entered into his imagination that there was an evil power resident in his companion, these seemed to give him
THE VAMPYRE - 5
Next morning Aubrey set off upon his excursion unattended; he was surprised to observe the melancholy face of his host, and was concerned to find that his words, mocking the belief of those horrible fiends, had inspired them with ...Read Moreterror. When he was about to depart, Ianthe came to the side of his horse, and earnestly begged of him to return, ere night allowed the power of these beings to be put in action;—he promised. He was, however, so occupied in his research, that he did not perceive that day-light would soon end, and that in the horizon there
THE VAMPYRE - 6
Aubrey retired to rest, but did not sleep; the many circumstances attending his acquaintance with this man rose upon his mind, and he knew not why; when he remembered his oath a cold shivering came over him, as if ...Read Morethe presentiment of something horrible awaiting him. Rising early in the morning, he was about to enter the hovel in which he had left the corpse, when a robber met him, and informed him that it was no longer there, having been conveyed by himself and comrades, upon his retiring, to the pinnacle of a neighbouring mount, according to a
THE VAMPYRE - 7 - Last Part
Desirous of saving him from the injuries and sufferings he had daily encountered in his wanderings, and of preventing him from exposing to the general eye those marks of what they considered folly, they engaged a physician to reside ...Read Morethe house, and take constant care of him. He hardly appeared to notice it, so completely was his mind absorbed by one terrible subject. His incoherence became at last so great, that he was confined to his chamber. There he would often lie for days, incapable of being roused. He had become emaciated, his eyes had attained a glassy lustre;—the