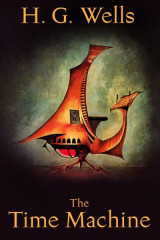 I. Introduction The Time Traveller (for so it will be convenient to speak of him) was expounding a recondite matter to us. His pale grey eyes shone and twinkled, and his usually pale face was flushed and animated. The ...Read Moreburnt brightly, and the soft radiance of the incandescent lights in the lilies of silver caught the bubbles that flashed and passed in our glasses. Our chairs, being his patents, embraced and caressed us rather than submitted to be sat upon, and there was that luxurious after-dinner atmosphere, when thought runs gracefully free of the trammels of precision. And he