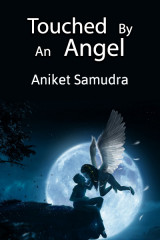 Touched By An Angel - Novels

“Are you mad?”, I shouted at Neha “Come na Janu, please!!!”, Neha was still insisting “NO, I’m not coming, and stop calling me Janu, it sounds very filmy”. Although I liked Neha calling me Janu, I always pretended to ...Read Moreit, so that she will continue to call me by that. “Ok baba, I won’t, but please, come with me. I already have committed my teachers that you will be there.”, Neha said “But, why me yaar? Can’t you get somebody else for your stupid thesis?” I was still not able to digest the thought of being in a girl’s


Touched By An Angel - Novels