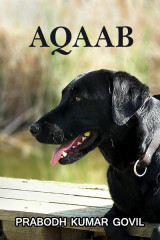 It is said that debts never remain overdue, at last, they are paid. Heard since childhood that trees are shadowy and provide the shelter of shadow to everybody, but here, the strongest trees with tallest branches stood innocently in ...Read Moreshadow of the buildings. Around two years had passed since the death of actress Sadhna. The air peeping from the sky, coming through the refuge of the buildings, was stroking the trees and it gave enjoyment to that little white dog which was just now kept standing by its owner near the bench and she was jogging on the lawn.