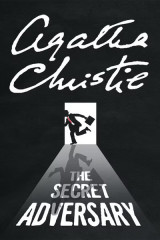 It was 2 p.m. on the afternoon of May 7, 1915. The Lusitania had been struck by two torpedoes in succession and was sinking rapidly, while the boats were being launched with all possible speed. The women and children ...Read Morebeing lined up awaiting their turn. Some still clung desperately to husbands and fathers; others clutched their children closely to their breasts. One girl stood alone, slightly apart from the rest. She was quite young, not more than eighteen. She did not seem afraid, and her grave, steadfast eyes looked straight ahead. “I beg your pardon.” A man’s voice beside her made her start and turn. She had noticed the speaker more than once amongst the first-class passengers. There had been a hint of mystery about him which had appealed to her imagination. He spoke to no one. If anyone spoke to him he was quick to rebuff the overture. Also he had a nervous way of looking over his shoulder with a swift, suspicious glance. She noticed now that he was greatly agitated. There were beads of perspiration on his brow. He was evidently in a state of overmastering fear. And yet he did not strike her as the kind of man who would be afraid to meet death!