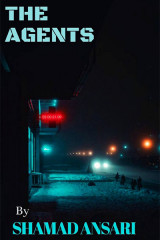 There is a road accident, the fault was of this person who is driving because he kept the car on red light and tried to cross the road before time, then a lullaby hit him, this whole incident happened ...Read Morean 18 year old child is watching and leaves with a long breath thinking about the rules of his constitution And says that now this is a common story, then he goes from there, comes home and after eating food, goes to sleep in the afternoon, wakes up in the evening, then he goes to his younger brother who is 1 year younger than him, then both of them They go to call another friend,