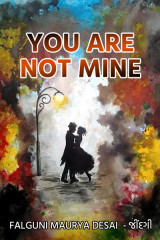 You Are not Mine - Novels

"Virag wake up...! please wake up.....!!!you are sleeping from more than 12 hours .... come on i am giving you lemon water.. your hang over soon be vanished...wake up.. you will feel better " raghav said to virag Virag ...Read Morebarely open up his eyes and said " which hangover you are talking about ? you know i never had hangover due to alcohol...... this is something else....this is hangover of someone i have loved from the core of my heart.. without whom i have never thought to stay alive.. this is the hangover of love ..which will never be vanished" virag


You Are not Mine - Novels