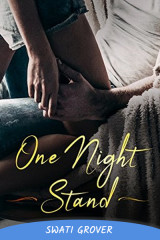 Chapter-1 Hall is decorated with white flowers and lights. New York city has gathered to attend the engagement of the richest and well-known businessman Alexander Bruke son of Edward Bruke. He is getting engaged to his father’s ...Read Moredaughter June who is a smart and beautiful business woman of London city. Alexander friend Nyon is his childhood friend who stands beside him through thin and thick of life. He knows each and every inch of Alex Bruke. Nyon congratulates him that finally he met his soulmate. He mocks about marriage and kids with his dear friend Alex. You know